Houses for Sale in Smokey Point

Interested in real estate in Smokey Point, WA? We have all of the new listings available in the area, so go grab some snacks and check out some featured homes! Whether you're in the market to purchase something soon or just searching, you've come to the right place!

Real estate in Smokey Point is primarily made up of single-family medium sized homes, consisting of 3 to 4 bedrooms, to larger 5+ bedroom homes. Most of the residences in Smokey Point have been established for a while, but not too old, with most being built between 1970 and 1999. However, there has been a surge of building renovations and new construction in the area.

Up until recently, Smokey Point had been largely undeveloped and even underdeveloped many would say, but due to some zoning progress with the Cascade Industrial Center, the city now encourages and accommodates more manufacturing and industrial businesses in the area. The Smokey Point area has valuable transportation assets including access to major state highways, railroads, and the Arlington Municipal Airport. The city has been continuously adding the necessary infrastructure to maintain the growth in real estate as well.

Over the last few years, Smokey Point has seen a substantial increase in commercial development, with most of the growth happening on the western side. In 2006, the commercial area called "Lakewood Crossing" was constructed with Costco, Target, and Red Robin as the first tenants to open. Best Buy, Office Depot, and Petco are among some of the other big businesses located here. Over on the eastern side of Smokey Point, a few other businesses have opened as well. Wienerschnitzel and Taco Del Mar restaurants opened in 2007, a Walmart in 2010, and the Smokey Point Bakery Cafe opened in 2011. There’s also a stretch of car dealerships that have relocated from Marysville over to Smokey Point Boulevard because of all these recent commercial developments.

As of the 2000 census, Smokey Point has a population of approximately 1,556 people. The Smokey Point neighborhoods stand out nationally for having a large proportion of residents active in the military, with Smokey Point being in the top 5% in the nation. If you plan to move here, you will notice more military presence as many are active duty and going to and from work.

Our team understands that the home buying process can be a time consuming endeavor! Please reach out if you’re interested in receiving a steady feed of new listings from Smokey Point. We can help you with any step of the home buying process, from selecting your real estate, to lending and negotiating needs – we’re here to help! 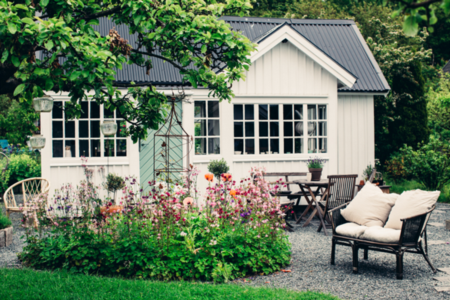